We have a pretty clear sense of purpose: make beers that taste exactly the way they should. Every time. No gimmicks, no frills. We started this revolution for one reason only: to make ridiculously good beer in Maryland on our own terms.

No matter how popular craft brewing gets, we believe in the craft of brewing. And to us, making quality beer that people can drink and enjoy is what keeps us cranking.

Where we come from, really good beer doesn’t need to be something it’s not. It boils down to a simple recipe everybody else seems to have forgotten: make it drinkable, make it approachable, execute to the highest possible standards, and have some fun. That’s not just what matters most—it’s the only thing that matters at all! So whether you are a hop chaser, a stout touter, or a light beer sipper, we have a beer for you that tastes exactly as it should. Every time. 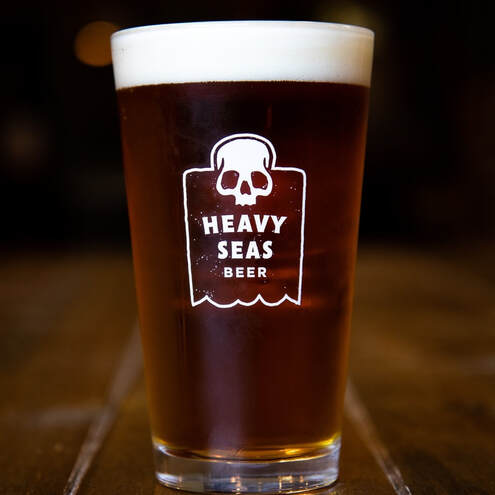 In 2003, Clipper City introduced the Heavy Seas line of beers.
They were bold beers meant to challenge the average beer drinker—high alcohol with incredible flavor.

Introduced in 2004, Loose Cannon IPA became the fan favorite and ultimately the flagship beer of Heavy Seas.  In 2010, the great success of the Heavy Seas line of beers was the deciding factor in adopting the name Heavy Seas for the brewery.

Two years later, Chris Leonard joined as Brew Master, and the expansion of the brewhouse went underway. Fun favorites like TropiCannon and award-winners like Blackbeard’s Breakfast paved the way for newer, riskier beers.

With the introduction of the 15 bbl brewhouse, Heavy Seas can take the risks that got us here today, creating beers we’ve never tried before while also testing small batches of beer to meet the unparalleled quality we’re known for.
​
Be fearless: because our risks are what brought us here today. Be bold: because staying in line with the norms never moved us forward. Be independent: we've done it our way since 1995.